Video surveillance cameras are now detecting fires in Nevada. Wild fires have been on everyone’s mind with the recent devastation in California. The biggest question that has been on our mind is, “Is Nevada taking preventative measures for fires in our home state, and is it working?”

Amazingly enough the answer to that question is, yes, Nevada is taking preventative measures for fires. More than 30 cameras have been placed throughout Nevada’s forests. These strategically located cameras have spotted over 200 wild fires. In many situations these fires would have not been caught until they had burned on for several acres. 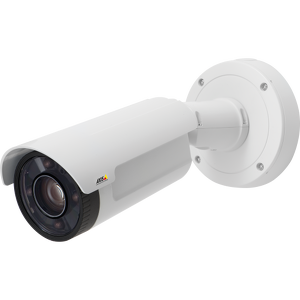 Before we go into how important fire detection cameras are we need to discuss what a video surveillance system is.

A group of cameras recorded in a central storage place is, in short, a video surveillance system. Each camera has its own area to cover and is constantly recording its area. There are numerous camera features. In this instance we are discussing fire detecting cameras.

Catching fires while they are small is imperative. As I’m sure you’ve guessed fires are easiest to contain the smaller they are. In the past, communities have depended on people reporting fires as they see them. Having people report fires is still crucial to stopping wild fires, but there are a couple flaws with solely relying on the public to report fires:

Fire detection cameras have built in

The cameras are monitored 24/7 by operators. Operators are sent a notifications by the camera if there is a fire detection. In addition to the 24/7 monitoring anyone can go to, http://www.alertwildfire.org/blmnv/ and see the cameras for all of Nevada.

Video surveillance is a passion of Shield Fire & Security. Whenever we find cool technology advancement we like to share it with everyone. If this article sparked your interest for a video surveillance system of your own get a free security assesment here or if you are just looking for more information click here.

SHIELD WHAT MATTERS MOST